Mutual adoration! We're big fans of Wal's stuff, and after producing the stop-motion animation for his "Eyes Wide Open" clip, we were pretty keen to work together again.


Q. What inspired your idea?

The music video ties in with the thematic premise of the song; demonstrating the depressive elements of repetition – we see our protagonist unable to break free of his own routine. I wanted the rotation to be almost like a clock – turning in accordance with the day, but on every pass, he falls slightly behind and before long becomes a victim of his own making. I also shared with Wal one of my favourite animations: Tango, which became an initial point of reference... Its brilliant use of loops is truly a wonder.


Q. Gotye's past videos have always been visually and technically stunning. Was there much pressure when you pitched your idea?

Only the pressure we placed on ourselves. We wanted to up the ante and push that envelope further again, in every aspect.


Q. What was the budget?

No good ever comes from asking this question. When a band or manager reads the response, they start rubbing their hands together with glee and reducing their budgets across the industry. When a fellow director sees it, they either say, I could've done better with that budget, or, You're the reason my budgets are half what they used to be. I think so many directors and production companies become too concerned with the dollar value. They pocket the majority and forget to make something engaging like they were employed to do. We're one of the few studios that invest the money back into the production, attempting to shoot clips that surpass budget and capture something memorable.


Q. What were the limitations you faced with the production?

Space. My entire studio was the Gotye set, it was a basically a small house. We had lunch in it, we had naps on the bed and our actual studio fridge was painted grey and put in place. We had to build the various rooms and furnish them according to colour palette. We found the toilet in the branches of a friend’s tree. We completely tiled the bathroom ourselves without knowing how. We bought over 10,000 sheets of paper for the office. And after all of that, we burnt it with a flamethrower for the final camera pass.


Q. Do you have a particular process when you approach a production?

It varies from production to production of course. Generally it starts with at least 450 listens to the track. I’m not even joking. "Easy Way Out" currently sits on 844 plays in my iTunes. I do this with every song I take on. The gestation period on this one was so incredibly long, so we had ample time to plan and experiment, which really enabled us to push this piece to its limits – but often you don’t have that luxury. We've animated some stuff for Art Vs Science before that had a 12-day turnaround; your process has to be malleable.


Q. Who were your key collaborators?

The Oh Yeah Wow crew is made up of my best friends. We're a tight-knit crew. We've been collaborating since I can remember. The key men were Seamus Spilsbury, Jeremy Blode, Josh Thomas, and Michael Greaney. Some of the other crew chipped in a helping hand too when they could, painting the flames or helping with construction. It really wouldn't have been made without the amazing people around me, especially Vis FX wizard Andrew Goldsmith.


Q. Was there much experimentation before the job started?

Given Andrew was the testing maniac, I'll let him answer.

Andrew: Ha! The techniques we used in the video required a lot of experimentation. A lot of this stuff we’d never tried before. The experimentation phase was great, as it allowed our ideas to develop. I was a bit crazy and wanted to test everything. I remember always saying to Darcy, "Let's do a test to make sure it works". He would be super confident and tell me not to worry because, of course, we can do anything.

Darcy: I had to keep reassuring him that I know how to animate, I don’t need to practice a coffee stream.

Andrew: Most of the time he was right and we pulled it off first time, but often doing the test anyway meant we learnt the tricks and when we finally did it for real we always did it better.


Q. What was the turnaround?

Darcy: Ha har! Around nine months. It really was our baby.


Q. How involved was the label throughout the production process?

They sent us an email upon seeing the final, saying, "It's Wally's best clip yet". That was about the extent of their involvement.


Q. What did you shoot on? What lenses did you use?

It was shot on a Canon 5D mk II as it could shoot both HD video and stills for the stop-motion and was the only camera that could do that which we could afford to have attached to our motion control rig for three months. We used a Sigma 24mm 1.4 to get a wide-enough angle to see Wally’s whole body in frame.


Q. Where did you shoot it?


Q. If you had a chance to approach it again, what would you do differently?

It greatly pleases me to say, nothing at all. 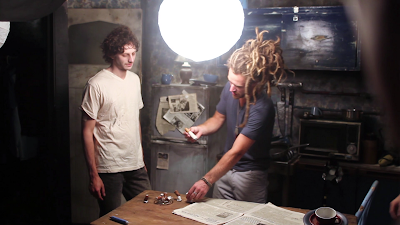 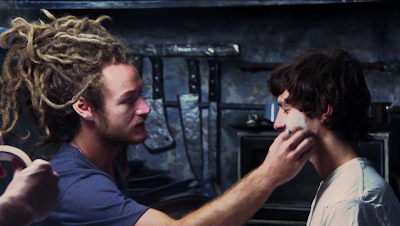 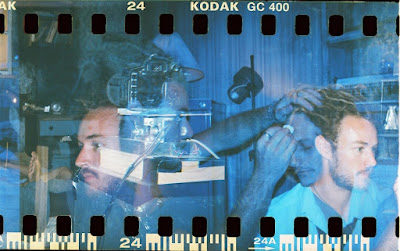 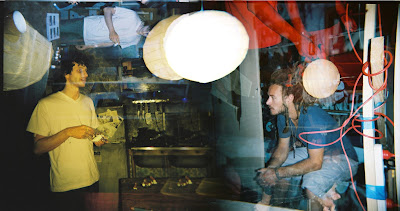 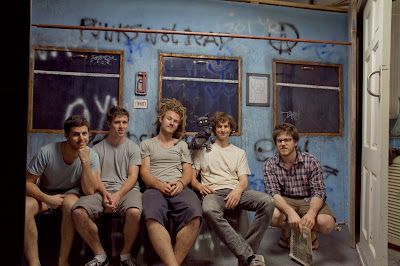 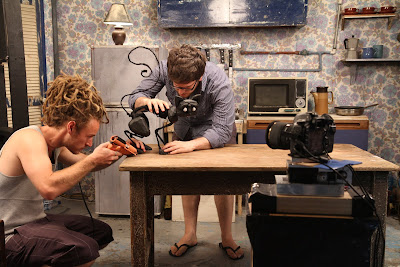 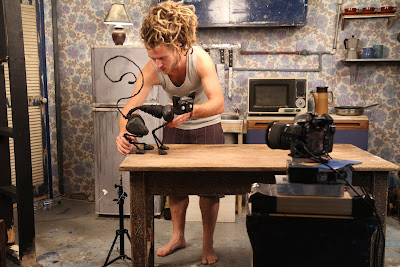