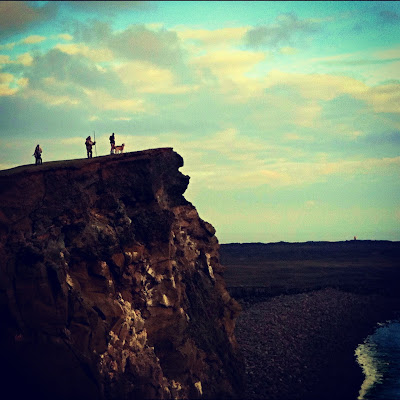 
What inspired your idea for the video?

First off, the label's brief for the video mentioned that they didn't want to feature either artist’s, so my mind automatically leaned toward a narrative video. And the song is structured in a bizarre way, where the verses sound ethereal and orchestral, but the choruses sound like a bombastic dance track. So I wanted the video to be a balance of those two sounds.

I wanted the verses to feel really naturalistic and organic, but when the choruses hit, I wanted to completely counter that feel with digital distortions. That was sort of the seed of the idea.

The job came through the normal channels. It was sent from Danny Lockwood at EMI to my rep Danielle Hinde at Doomsday.

I don't quite remember the exact budget, but it was something like $250K, which is extremely high for no-artist video. I immediately knew I wanted to use the budget on getting us to an amazing location. We flew out a core crew from Los Angeles to Iceland for the shoot.

Because we were in Iceland, getting equipment and figuring out logistics was a lot more complicated than shooting in LA. For example, to shoot on top of the glaciers, we had to bus the crew 3 hours outside of Reykjavik then ride an 8 wheeled tank for another hour to the top of the glacier. Which meant that we could only shoot that day for 4 hours.

Also, Darren Aronofsky was shooting a film in Iceland at the same time, which made it difficult for us to get certain gear. Reykjavik is not a big production town in the first place, so having a Russell Crowe movie shooting there really ate up a lot of the resources.

Did you see any action from the Feature film shooting in the area?

No, not really. The only thing we saw was a production van by a lake that we saw way in the distance. Oh, and while we were there, there was a big party in Reykjavik called "Culture Night," and Russell Crowe was supposedly playing with his band somewhere. But that's just something we heard from the locals.

We flew all of the key crew out of Los Angeles: Jonathan Wang the producer, Larkin Seiple the DP, Jesse Fleece the AD, and Brandon Hirzel the VFX supervisor.

I'd worked with all of the guys before with the exception of Brandon. Larkin and I have worked together many times. Jonathan had just produced the video before this for the Shins. And Jesse is always my go to AD.

I've known Brandon for a while, but this was the first time we did a job together. The VFX was such a big part of the video that I really wanted someone I could trust. And because there was so little prep time, we had to develop the look of the FX as we shot the video. It was really nice to be able to be on location together and draw inspiration from being there.

Did you use any local production people on the shoot?

The only crew from Los Angeles was our producer, DoP, AC, Steadicam Op, and AD. Everybody else was local. It was a really great experience to work with Icelandic crew. Our production designer and wardrobe were apparently regulars on Game of Thrones, which they film up there.

Tell us about the videos production process?

The production process of this video was unlike any video I've ever shot. Not only were we shooting in remote parts of Iceland, almost every shot required a wolf, or sled dogs, or horses.

The whole process felt bizarrely epic in a Tolkien sort of way. I specifically remember Jesse talking on a walkie while holding the leash for the wolf, standing on the edge of a 100ft seaside cliff. Or a grip sandbagging a stand on top of a glacier. The whole scene was really bizarre to me.

How did you scout for locations?

Scouting locations took almost 14 hrs just by itself. We had guide from a local production company called Pegasus to show us around. There was a lot of driving involved.

How long were you in Iceland?

I was in Iceland for probably about a week and a half. Little over a week for pre-production and three days for the actual shoot.

We shot on the Arri Alexa with Anamorphic lenses. The camera mostly lived on a Steadicam, which was mounted on an ATV. Larkin and I would cram together on the back of the ATV with the AC and the Steadicam Op for the long tracking shots.

Were the animals easy to work with?

The animals were actually great to work with. They're still animals, so there was still a lot of trial and error. But generally they were a lot more disciplined than I was expecting, especially since they weren't animal actors. Although a horse did throw one of our actors off and kick him in the shin during one of the setups.

Was it just the one wolf you used?

Yes, the wolf was actually a mix between a wolf and sled dog. Her name is Tirana and she came from the same pack of sled dogs that you see in the beginning of the video.

I think we had about a month for edit and VFX after the shoot. The timeline was really tight for what we were trying to accomplish, especially since we were trying something we'd never tried before. There was a lot of trial and error before Brandon and I settled on a "look."

The artists didn't really that involved. Danny the commissioner was our point man for the label. Even then, the whole process felt pretty creatively open and free.

I don't think I would really change anything. The production happened fast and we were constantly thinking on our feet, but I prefer that over executing a perfectly laid out plan. I think it's exciting to discover things as you go. 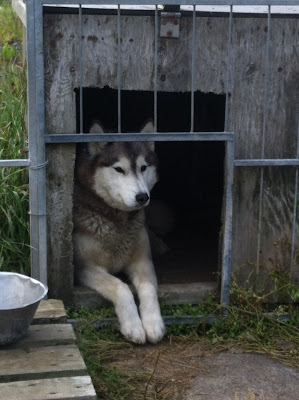 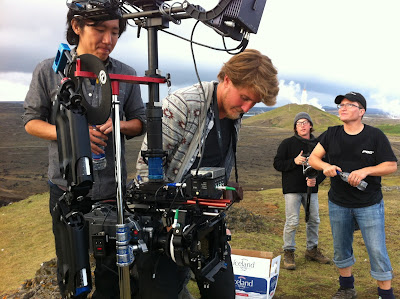 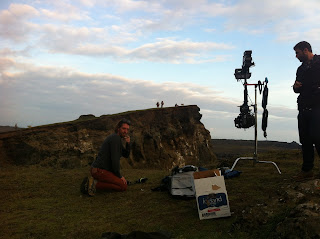 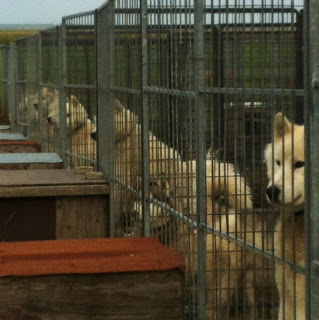 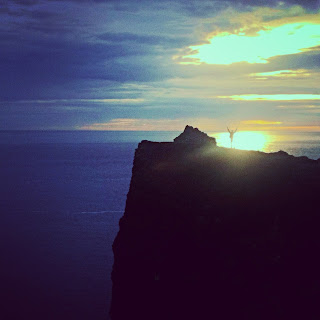 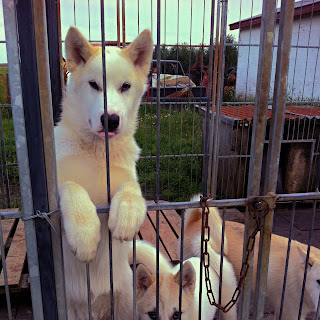 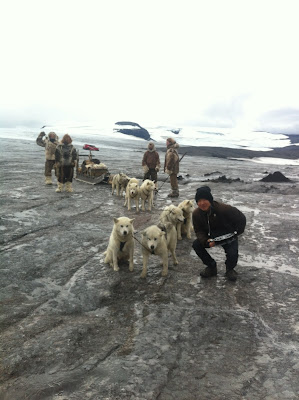 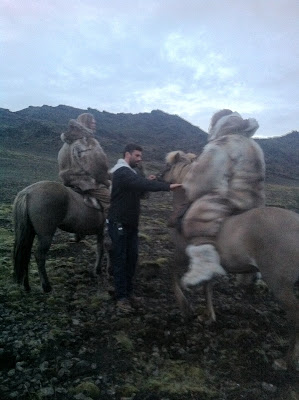 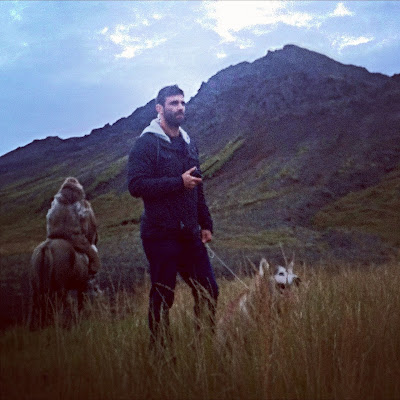 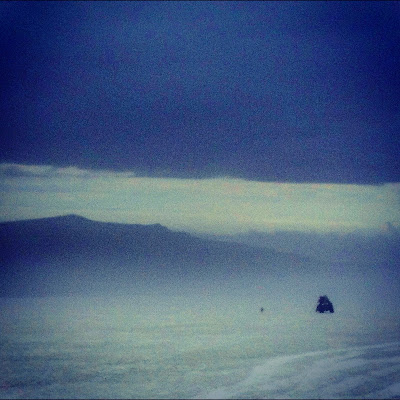 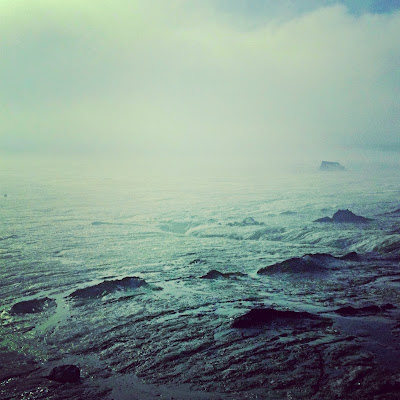