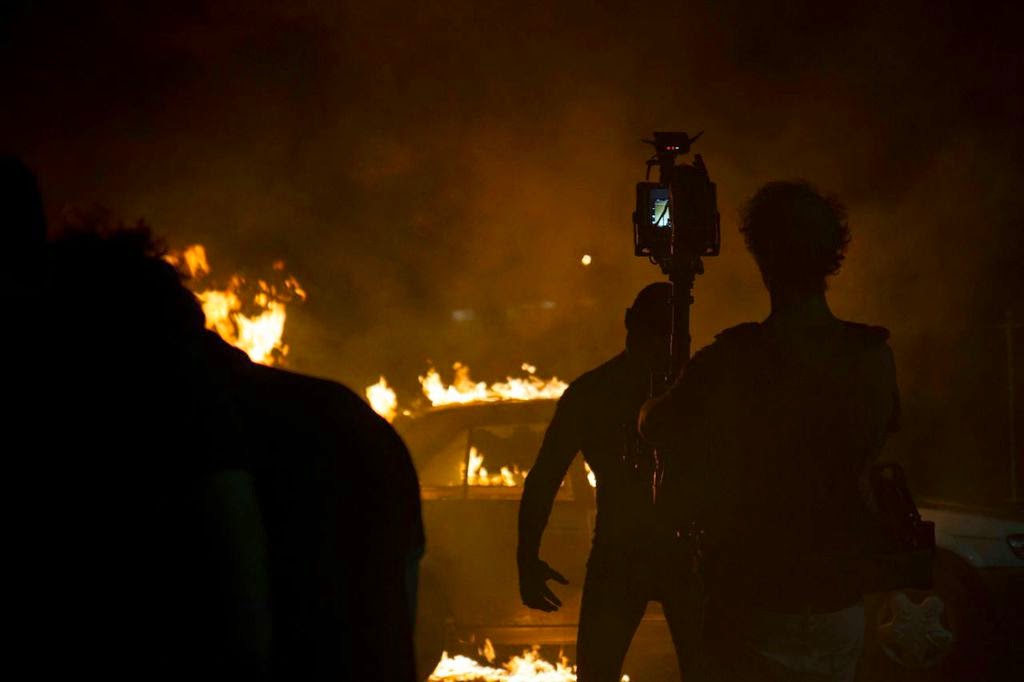 My idea was inspired by 80's and 90's genre movies, and seedy European crime films like the Pusher trilogy and Rise of The Foot Soldier. Films such a Blade, The Toxic Avenger, The Terminator and Only God Forgives also have an influence on a subconscious level. I really just wanted to make the best action film I could with the limited resources I had.
I love music videos that take you on a journey and don't let you stop to think and that also end up somewhere wildly different to what you may have expected. The best thrill is arriving at the finale and having your mind blown by something crazy or preposterous. I hope I achieved that on some level.

The limitations were the small budget but we found ways to overcome this. We shot a lot of the night time exteriors using source lights which was planned carefully through a series of night time location recces in advance of the shoot.

What did you shoot on? What lenses did you use?
We shot on Arri Alexa with the Zeiss supespeeds Mk III's. These allowed us to shoot in low-light to reduce grain and allow us to shoot without a gaffer for the 2 days out of the 3 day shoot
The day we had a gaffer was for the Strip club interiors and the clubbing scene. We relied on existing source lights for the car burning sequence and the flames from the burning car acted as a big fiery backlight for our protagonist. We used flame bars to replicate the fire look on the gangster’s faces for the reversal shots.

The turnaround was tight. I was in London when I received approval on the treatment. I had presented to treatment to Dim Mak as they asked me to submit a treatment. A week later we were shooting the video.
I had an amazing producer Yingna Lu, who came onboard with my vision and helped me to facilitate it in an insanely short amount of time. I think the adrenaline rush that comes from a short turnaround allows you to make instinctual decisions that you might hesitate to make with more time.

Location scouting is always the most important element in maximising the budget. We shot at the Dreamgirl's Strip club and Candy's Apartment nightclub both in Kings Cross. They kindly helped us out with these awesome, gritty locations, which can't be replicated through set design.

My key collaborator is an amazing DOP by the name of Kieran Fowler, we have shot two clips before (We Are The Brave "Your Ghost" won an ACS Gold award last year) and every time we work together we like to create something unique, unusual and push the boundaries of what people expect. Kieran and I devour music videos and are always sharing our likes and dislikes, disseminating the whole music video format on a whole. We'd like to think we are making something cool that people enjoy watching but at the end of the day we are making videos that we enjoy.

My make-up artist Julie Tattam is Australia's best body painter and she is also a super talented special make up FX artist adept in prosthetics. This was the first time we did prosthetics together to create something dark, gory and violent. She nailed the brief and delivered above and beyond my expectation. You'll laugh if she told you what the secret ingredient of her make up was… Weet Bix was one of the ingredients. An absolute genius idea. Hope she doesn't kill me for that one!

Lou Stefenal from PyromanixFX did our car explosion stunt. I was impressed by his professionalism and his glint of madness as he rigged this poor old car with a thousand gas lines and fire gels and then proceeded to blow it sky high. Great work from his team and the production crew loved the fireworks display… everyone loves fire! 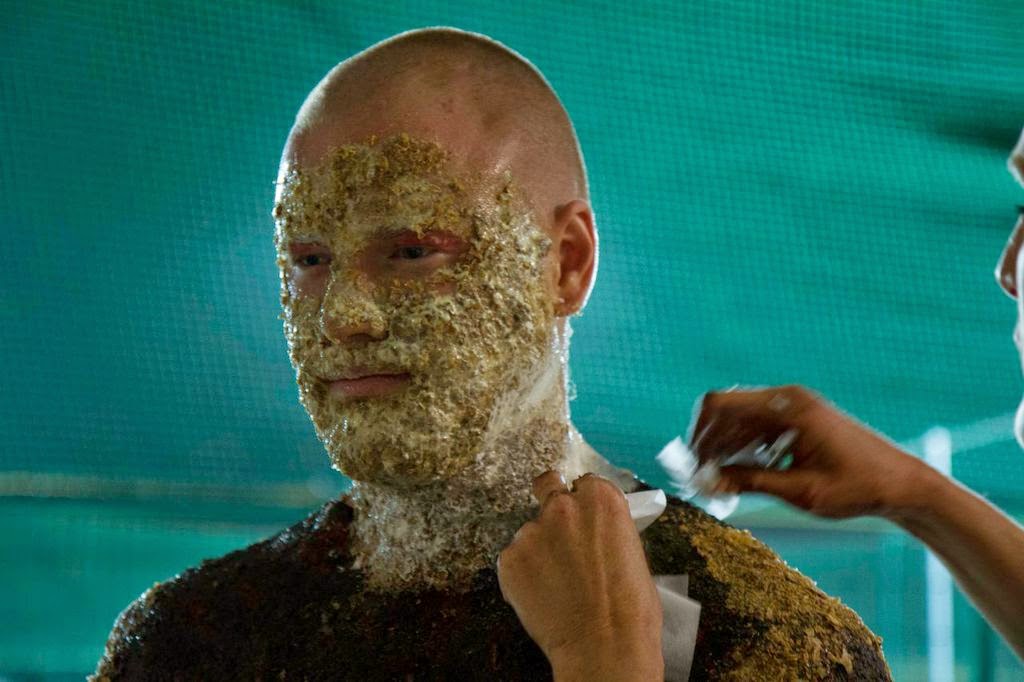 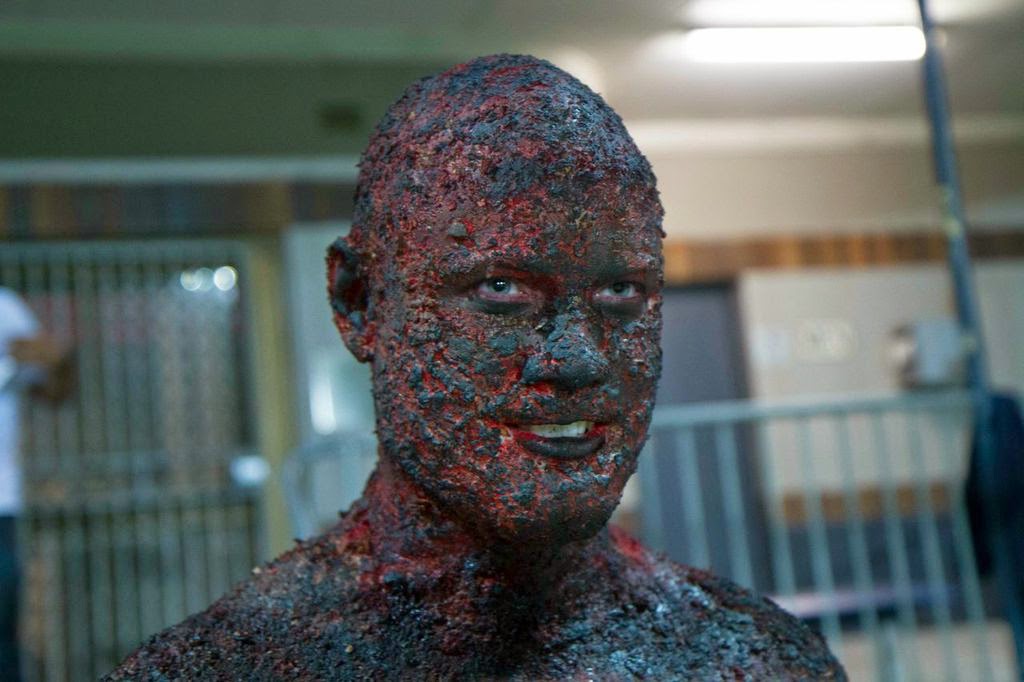 Do you want to touch on the editing structure and style at the start of the clip?

The editing structure was designed to be relentless like the music, not allowing you to stop for breath. The aim was to be a roller coater ride and induce a feeling of unease and tension. I love the clips build into the climax and the editing gets crazier and more erratic as we go.

Brad Hurt used a lot of strobing effects in time with the music, which help to build the sense of aggression and mental anguish of the main character after he finds his girlfriend dead.
He is an amazing editor and it was the first time we worked together but will be the start of a very strong collaboration moving forward.

Tell us about the main cast, where did you find them?

Ty Douglas Linegar, who plays the main character is a good friend of mine. He has a great unique look and can play a strong, menacing character when required. He has worked as a security guard so has experience dealing with confrontations of the physical kind. This kind of physicality can't be taught plus he brings a strong emotional performance as well.
At his core his has a sensitive heart and can understand how to emote authentically and he is completely believable in this role. I was looking for the right project to show off his abilities and this was it.

The bad guys were mostly non-actors but I cast them for their look and feel rather then their acting ability. My aim was to find tough look Eastern European guys and then I was able to draw from them what I needed in terms of performance. Mario Ikasovic, who plays the mob boss is actually the father of the girlfriend (Tatiana Ikasovic) who is murdered in the video. He has a Croatian background and I cast him because of his visual look and imposing figure. This helped to sell the idea that this was an Eastern European gang and give the clip a more international feel.

Tatiana, who's plays the girlfriend character is an amazing young actress who has trained formally in New York. Although she only has a small role in this video she is incredibly believable.

I have directed one fight scene before without a fight co-ordinator and it was pretty disorganized and unplanned. This time I collaborated wtih an amazing fight choreographer and stunt-cordinator called Igor Breakenback. We rehearsed and filmed the fight so that we were completely prepared on the day and everything ran seamlessly.

Do you feel that the client understands the production process? How involved were the band and label?

The client Dim Mak and the artist SBCR definitely get the production process and were very supportive and respectful of the hard work my team and I put into the project.

They were all over the moon and only asked for one slight change to the credit sequence… that’s a rare thing! The label were pretty hands off with the creative and I was allowed full creative control over my vision. In the end, that’s how the best work gets made, when you're ideas aren't compromised by a committee of know-it-all’s.

If I approached it again, I wouldn't do anything differently… I think I executed my vision to the best of my ability with the time, money and team I had with me. I'm proud of my achievement with this and wouldn't change much… The video has just been Staff Picked by Vimeo so I think I did something right and people are asking for a sequel.

So perhaps I should get cracking on The Grid Pt. 2. 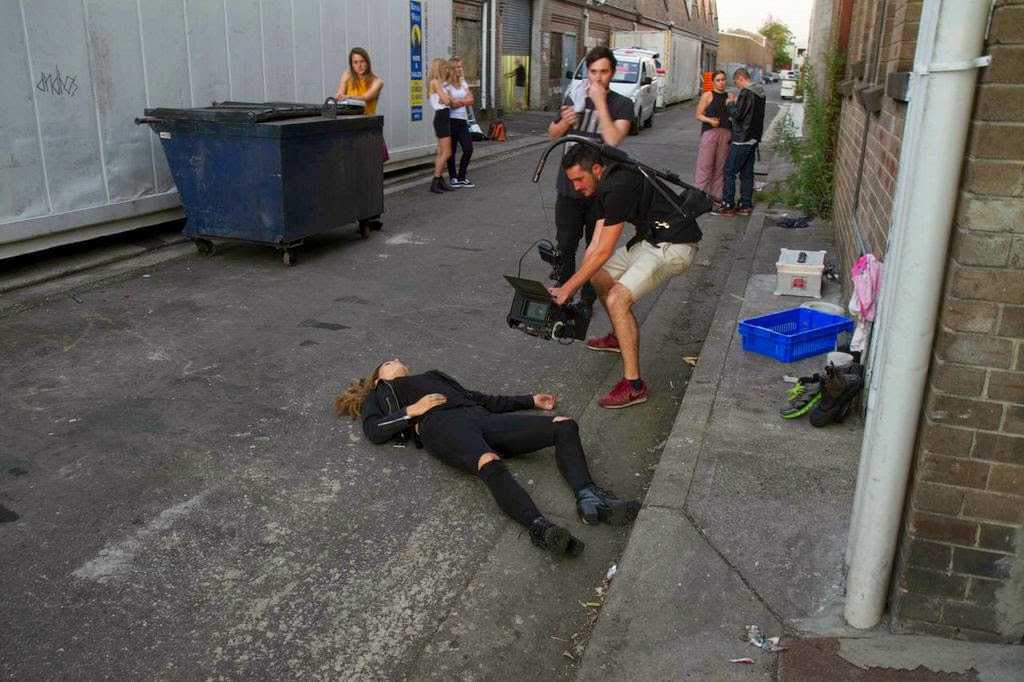 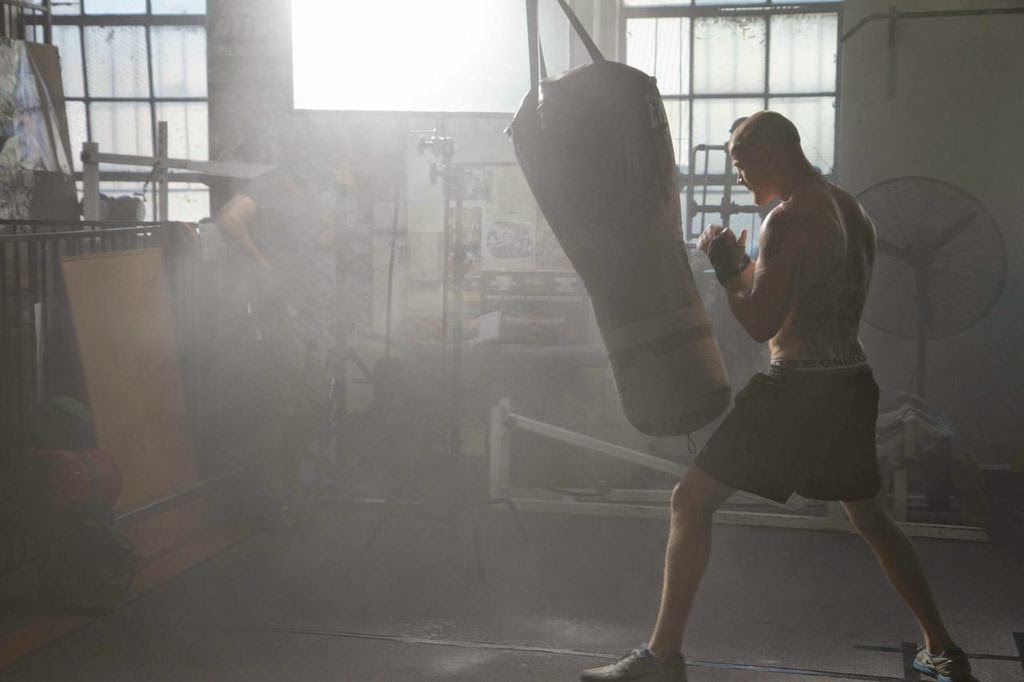 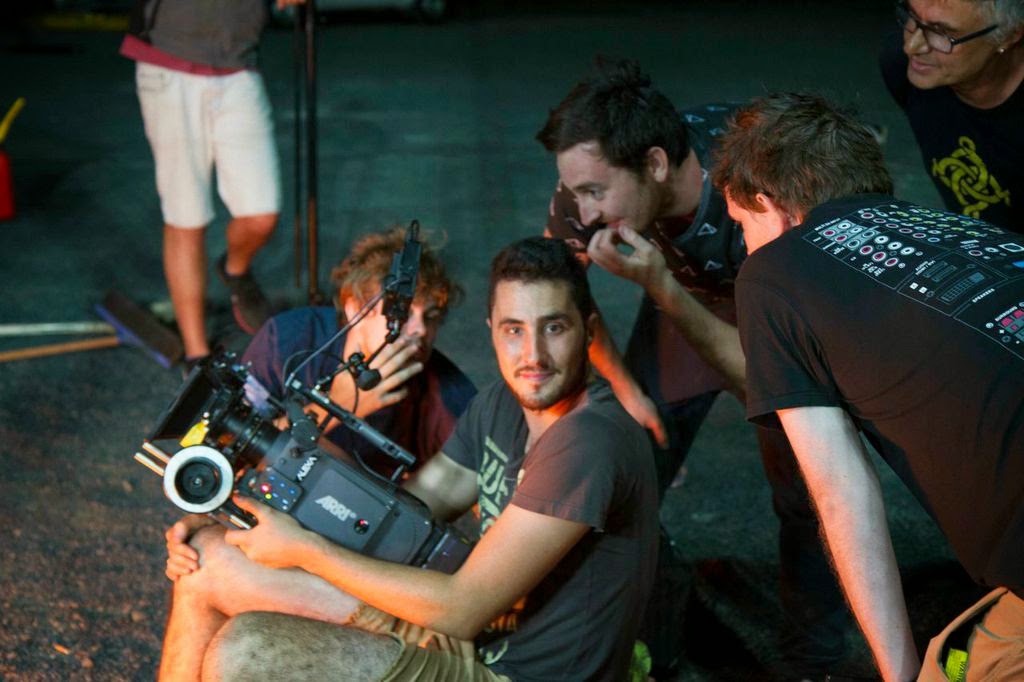 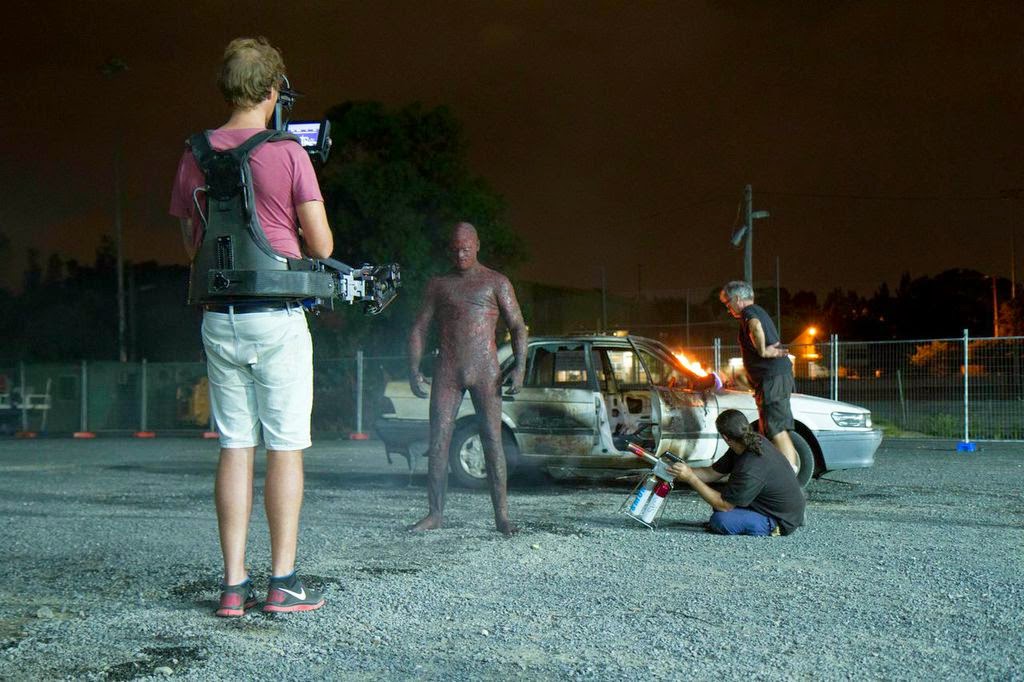 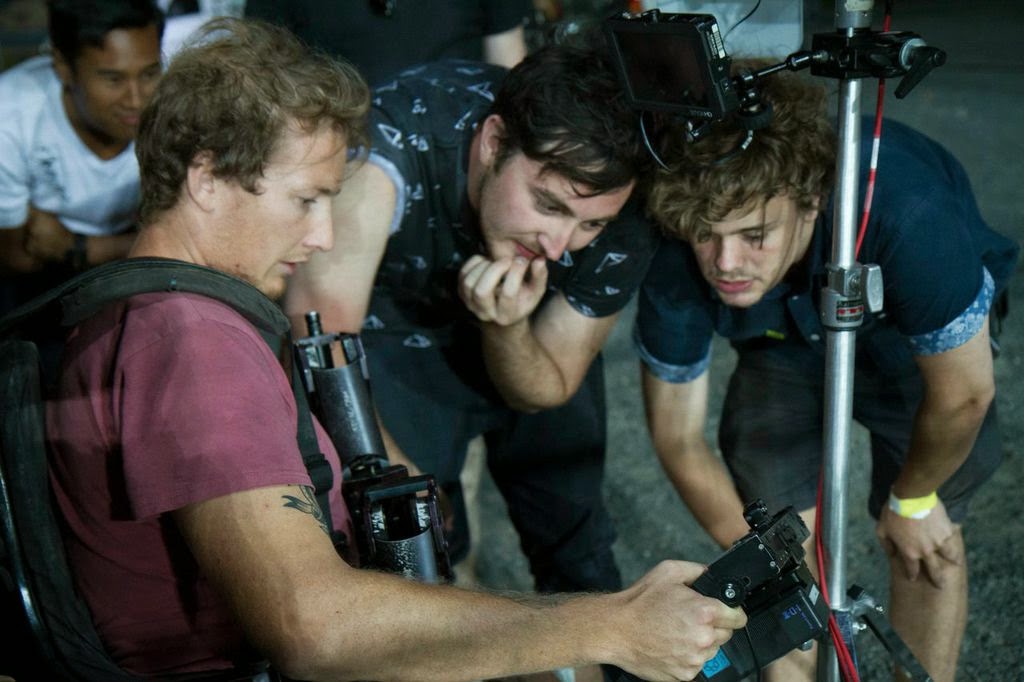 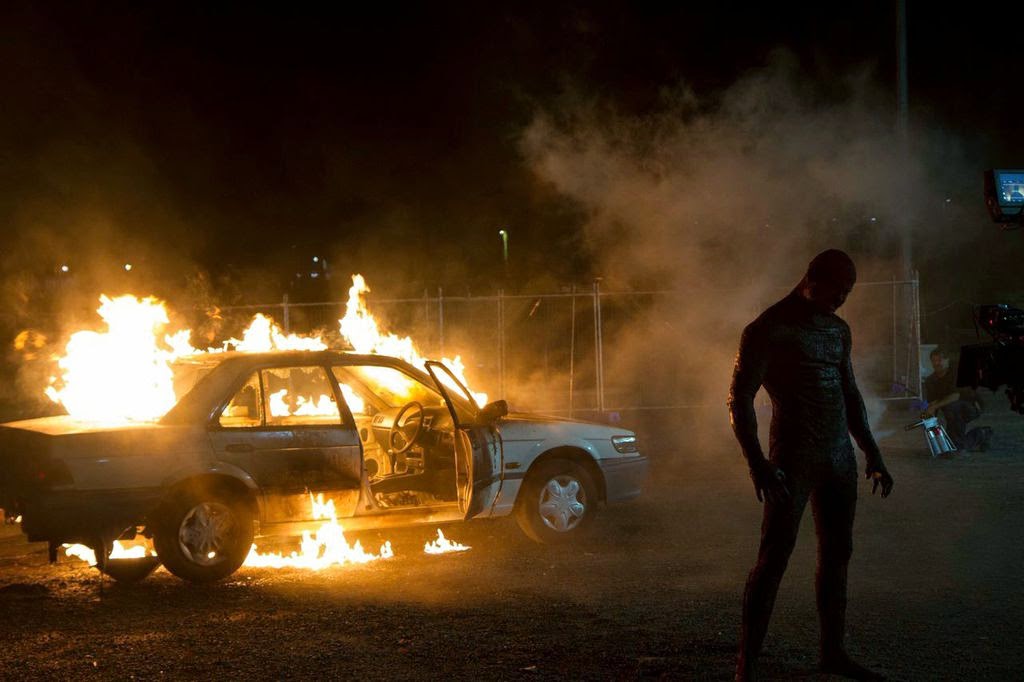 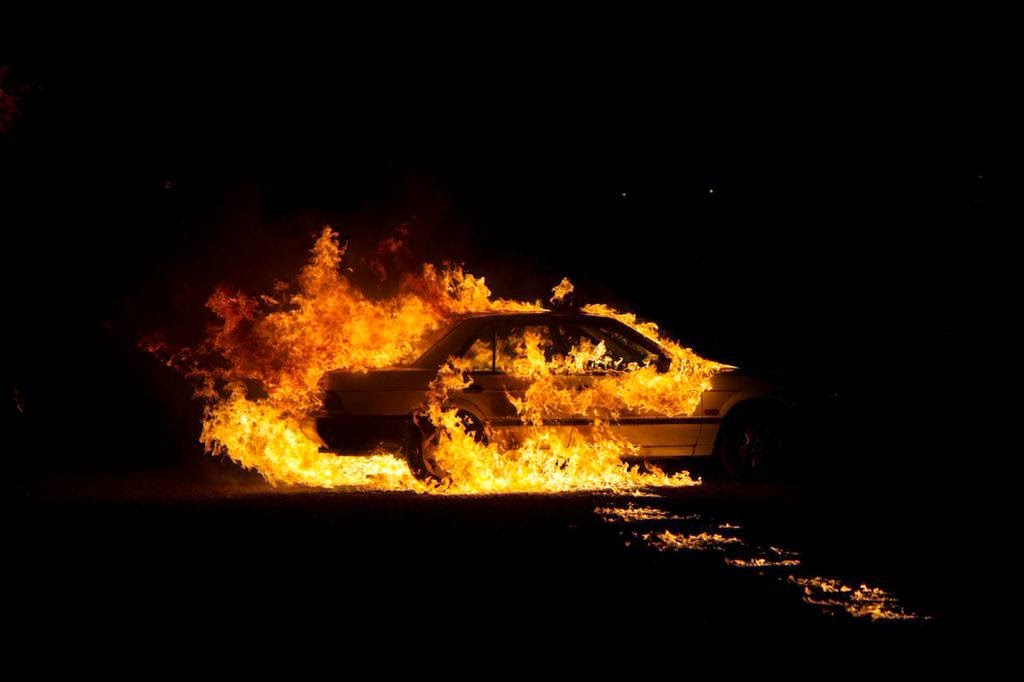 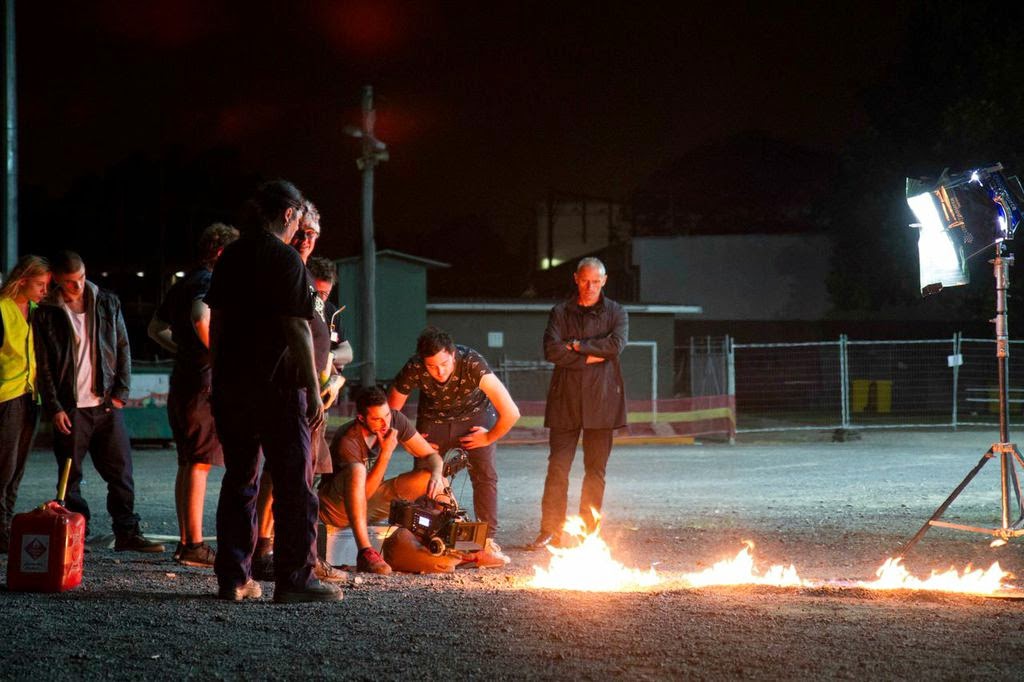 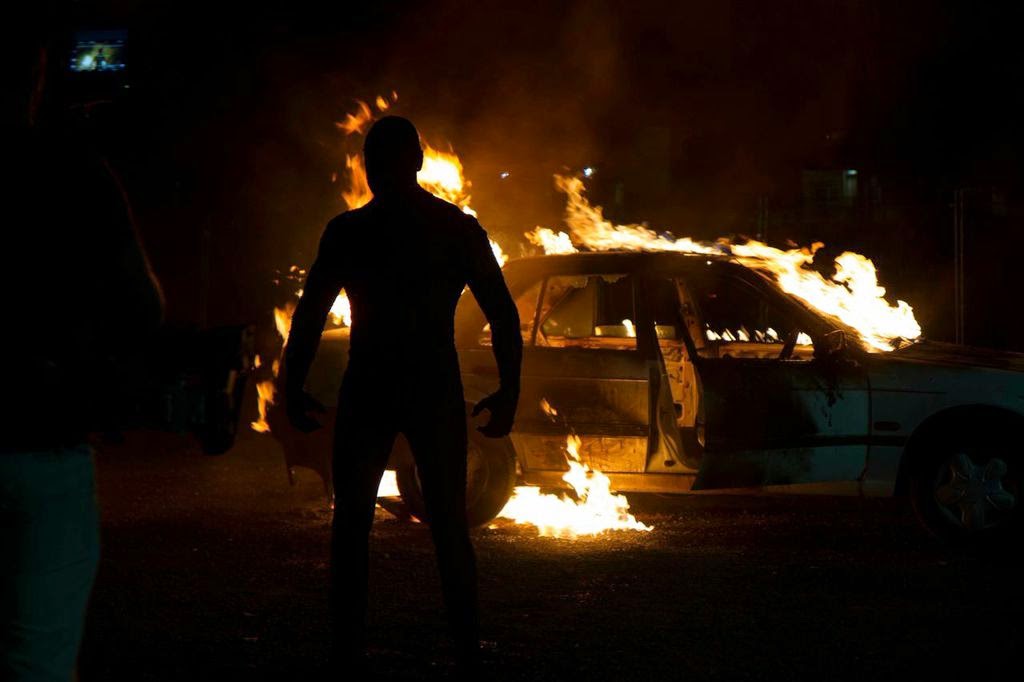 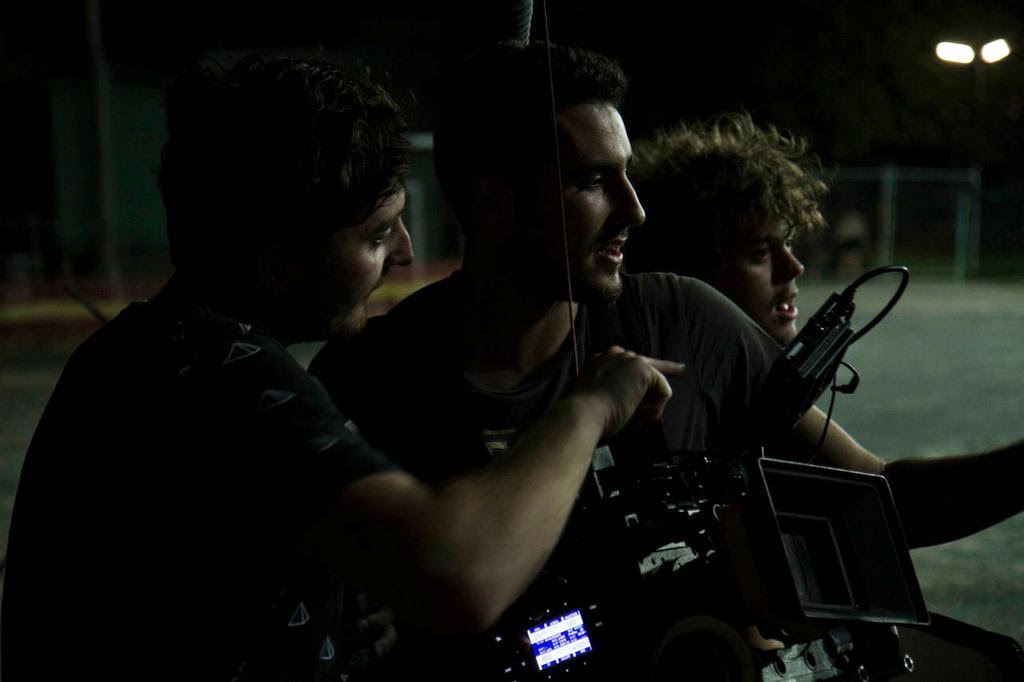 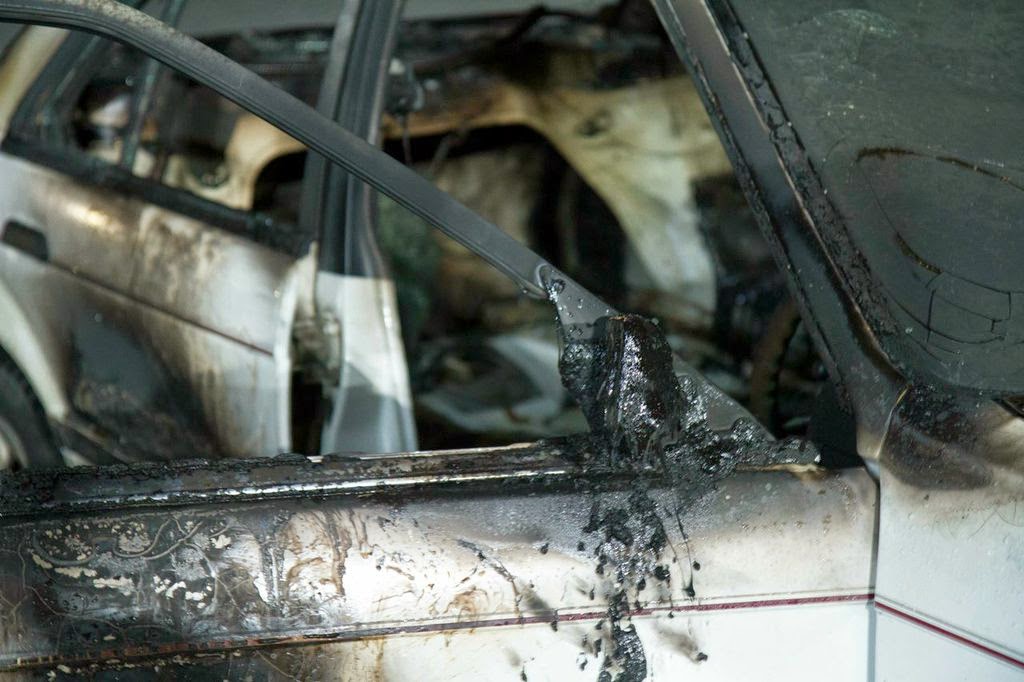