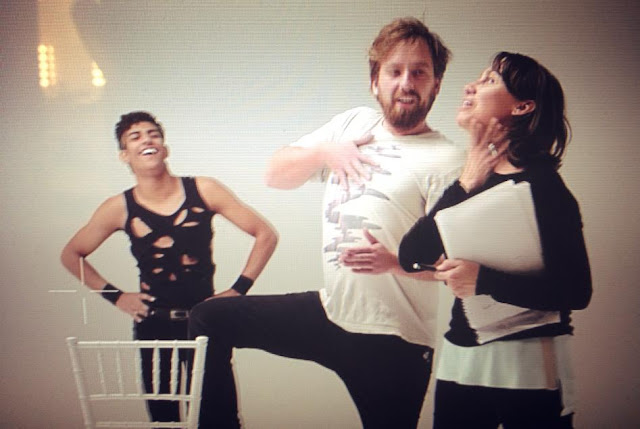 The manager of The Preatures, Andy Cassell, approached me to do the video. I had directed their previous video 'Is This How You Feel' and it was a good experience for all involved.
What inspired you on your idea for the video?

It was actually Andy who came up with the concept. He spent his younger years watching Hot Gossip and really wanted to do something like that. He sent me a bunch of videos and basically said lets do this. So we went from there, wanting to achieve a modern clip with an early 80s feel.

Do you have any favourite music videos from the 80’s?

There are a lot of videos from the 80s that I like, but here are links to a couple of my favourites.

Well we didn't actually get the budget approved until 3 days before the shoot, so it was all pretty frantic. Organising dancers, a choreographer, a location and production elements in three days was a big ask, but we managed.
We shot for one day in a studio, shooting the band stuff in the morning and then all the dancing after that. The dancers were learning the choreography while we were shooting the band, and I'd go and check it out between shots. Then we had about 3 days editing, one day adding the effects and another day of rendering.
What were the limitations you faced with the production?

Time. Had we had more days of pre-production, I could have spent more time with the choreographer working on the dance sequences and we could have done with some rehearsal time before the shoot day too.
What was the turnaround?

It was a lot longer than expected. I left to go to Europe the day after the shoot, which was partly why we only had three days of pre production. I was planning on leaving it with the editor and directing remotely, but that became too difficult so we left it till I was back, and then it took 4 days to complete I think. So including the time overseas it was about three weeks.

Adam Howden shot the clip. We have worked together a fair bit over the last few years and he is great. Julia Green did an amazing job on the makeup and Apple Sampho did a fantastic job with the costumes. Sam Bryant did an awesome job with the edit and Andy Cassell was a great help during the conceptual stage. It was a real pleasure working with our choreographer Jasmin Forbes-Watson and the dancers. It was also a great experience working with The Preatures again. I hope we do more stuff together in the future.
Have you worked with any of them before?

I've worked with Adam, Julia, The Preatures and Andy before and all a can say is they are all tops.
I have worked with Sam Bryant a fair bit in the last year and he is a bit of a genius.

Also one more thing that was challenging was the fact that I produced this clip as well. It just meant I had a lot to do in a short amount of time and its probably not the ideal way of doing things, but I had to make the budget last and there just wasn't enough money to bring on a producer.

Have you worked with a choreographer before?

I have worked with a choreographer once before while at film school when I directed a very short dance film, but it something I really enjoy and want to do more of. It's a pity that we didn't have time to explore the choreography in all that much detail when we made Manic Baby.
What did you shoot on? What lenses did you use?

Red Epic with Arri Ultra Primes as well as a really big zoom.
Do you feel that the client understands the production process?

I think there were varying levels of understanding about the production process. I would say it was very difficult to argue for the extra budget needed to make this video in an equitable way. I don’t want people to work for nothing and with the original budget of $8K this was the only way it was going to get made.
That being said the label did approve the extra money after listening to my arguments, and have been generally very supportive, which is a lot more than I could say for other labels.
I have found that it is good to explain limitations and the production process to the client so that everyone is on the same page and expectations are met.
If you had a chance to approach it again, what would you do differently?

I think the main thing would be more days of pre-production so we could spend more time on choreography and casting. I think we could have done with some costume fittings before the day of the shoot too.


Also my mum recently told me she hates the clip saying it is sexist, so in retrospect I might try injecting a bit more irony somehow.


You can see some of Alex's other work here: 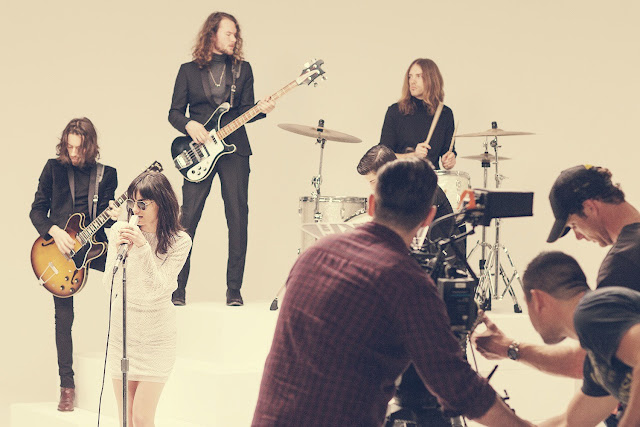 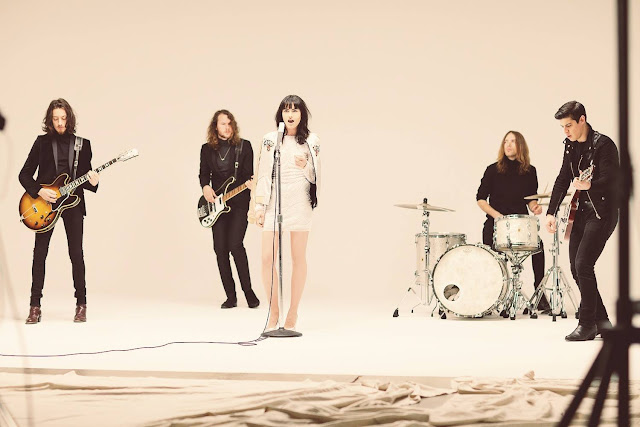