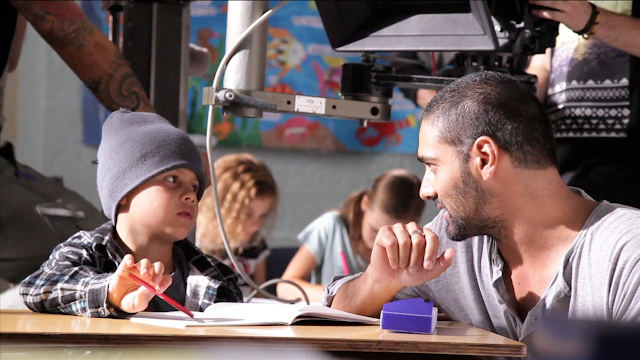 I had done a string of pop videos for Sony in the past 5 months in the hope that eventually a track would come along that I could do something incredibly creative with a major label. Obviously indie music gives you more freedom creatively and you can take some risks but the budgets are always heartbreakingly low. I was originally approached to re-shoot a video for Andrew De Silva's previous single 'Your Paradise', even going so far as to put forward a treatment. My idea was too dark for them but ultimately the single was changed anyway. 'Miracle' came along and it was perfect.

Really, it came from discussions with the label. We knew the video had to be narrative and that it had to be about a child. But the question was how literal they wanted to go. I was leaning toward a story that contrasted with the lyrics and was emotionally confronting but had an uplifting payoff. Andrew wanted a literal representation of the lyrics. In the end we found an equilibrium.
I was able to construct a short film narrative that followed a kid who has grown up in an underprivileged family and dreams of being a break-dancer. The literal references to the lyrics would all be played out in his imagination; i.e. the money tree, receiving a bracelet from the girl he doesn't have the guts to approach. Collectively, we wanted to tell a story about hope and about what it means to have a dream. The song is also about how one generation passes its gifts to the next, and that was where the magic shoes came from.

Our budget was 25k. However, Sony were excited about us shooting on the F65 camera and making this the first music clip finished in 4K in this country so they were able to provide us with the camera kit outside of our budget. This helped immensely as with a 3-day shoot as 25k doesn't stretch very far.

After treatment was approved we had several discussions with the label about their hopes and expectations for the video. We then began the immense task of finding the 4 or 5 locations that we would need over the course of three days. I brought on board a young cinematographer, Kieran Fowler and we began subscribing a look to the video.
The most monumental task however was casting. We needed to find a boy who had the perfect balance of acting ability and dance skill, and he had to have a strong presence. We looked at a dozen or so kids and Seven Martinez immediately stuck out. We cast him on a whim, because we couldn't tell in his audition whether he would be cooperative or not. But what I didn't know until later was that he is just an incredibly focused and determined little kid. He was actually auditioning me to see if he could trust me. And after we developed a bit of camaraderie, he brought a lot of commitment and dedication to the shoot. Not to mention he's an amazing dancer.

Our limitations were mainly time-related. The budget was tight but certainly achievable because we were working with a crew who bent over backwards to help us out. I thought working with large groups of children would be difficult but they were so good. They really listened to myself and the crew.
Finding a housing commission location to shoot in was particularly challenging, as there is a massive bureaucratic nightmare around getting permission. So we ended up doing letter drops and asking individuals if we could shoot in their apartment in exchange for a couple weeks rent. Only one person got back to us but that turned out perfect in the end. It was a shoebox to work in but it made the story real.

We had about two weeks of pre-production and three days of shooting. Post-production took a lot longer than expected because of the 4K delivery and admittedly we weren't prepared for all the technical complexities that that involved. So we delivered late. But the label was ultimately happy, and so was Andrew.


Could you elaborate more on the 4K issues?

The issues we faced with 4K post-pipeline were mainly related to budget. We needed access to a very high-end suite that could handle the massive amounts of data associated with 4K files in real-time. That proved to be a slightly more expensive process than initially expected.

Kieran Fowler is a DP from New Zealand whom I'd worked with on some viral stuff. I really liked his film work and I wanted to give this video a really cinematic texture. I wanted it to feel very loose and real and at the same time have a dreamlike quality. Kieran understood this and brought a keen eye to each scene. I also worked with Dave Marriot, who is a brilliant production designer. He understood the story and brought that to his set dressing.
The producers I worked with, Adam Dostalek and Ciaran Jordan are highly experienced in other departments; they've worked on big films before, but as producers this was all fairly new to them. They rose to the occasion despite all the hurdles and managed to make a logistically tough production work. I enjoy giving new talent a chance to shine and I think the best way to do that is to throw them in the deep end. Editor Daniel Berghofer was also new to the major label music video world but he handled the pressures quite well and responded to edit notes in creative ways.

I've worked with all of them in some capacity on previous music videos, virals, commercials or short film jobs. I'm particularly loyal to my collaborators. Maybe it’s out of a sense of comfort and security but I find it easier to work with people who understand your vision. This was the first major music video I have done without my usual Cinematographer, Carl Robertson so it was a challenge to find a rhythm with someone that I don't have shorthand with, but we quickly found our feet. At the end of the day it’s about trust.

We shot on Sony's F65 cinema camera in 4K using Lo-Mo Anamorphic lenses. Cinematographer Callan Green was kind enough to let us use his lenses and I'm a huge fan of the soft, cinematic feel that they provide. Shooting anamorphic gave the image a lot of depth and since I love lens flare, it was great.

How involved was the label?

Shae Constantine was the video commissioner at Sony and he is a bit of a maverick. He understands the filmmaking process and puts a lot of emphasis on whom he chooses to collaborate with. He worked close with us throughout the process and was gracious enough to take some risks on this video. It’s rare to find a video commissioner who isn't just 'another marketing guy'. But Shae has good taste in films and art and music and that’s always a great sign. He works to protect both the filmmaker and the artist's interests - which is quite a difficult position to be in.
Andrew himself was very refreshing to work with. He has a brilliantly positive attitude and has a beautiful spirit. He put a lot of heart and soul into this song so we felt we had to honour that implicitly with the video. He gave good feedback during the editing process but most of the time he was content to just let us 'do our thing'.

I would undoubtedly have researched the 4K post-pipeline more adequately and found a more efficient workflow. I worked with two young producers and a young editor without the advantage of a post-production supervisor, so the post-process was a little painful, but it all worked out in the end. I'm quite proud of the video.

Marc is represented by: www.filmgraphics.com
You can see a body of his work here: www.vimeo.com/channels/marcfurmie 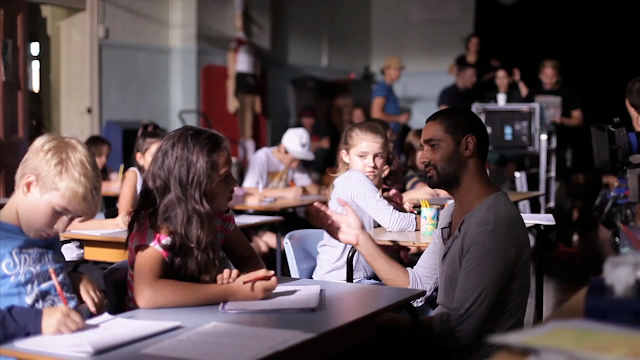 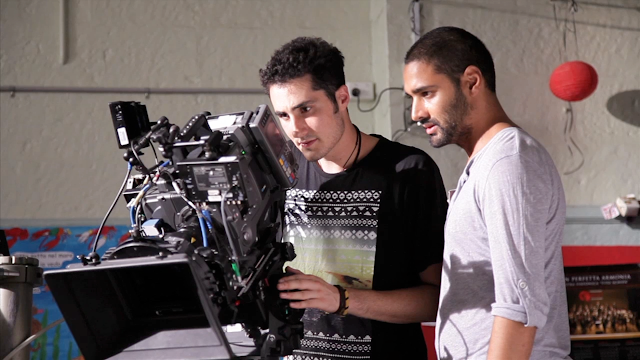 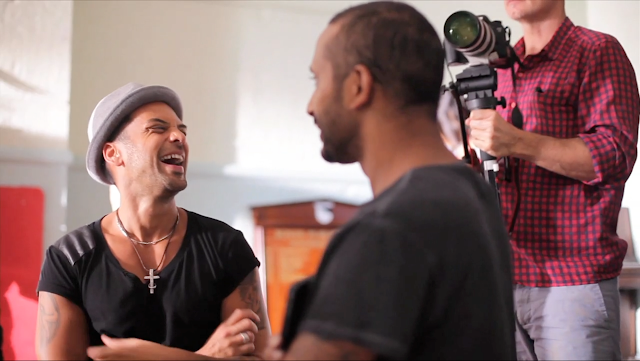 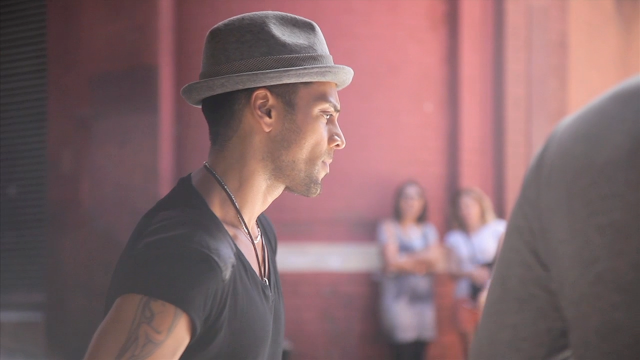 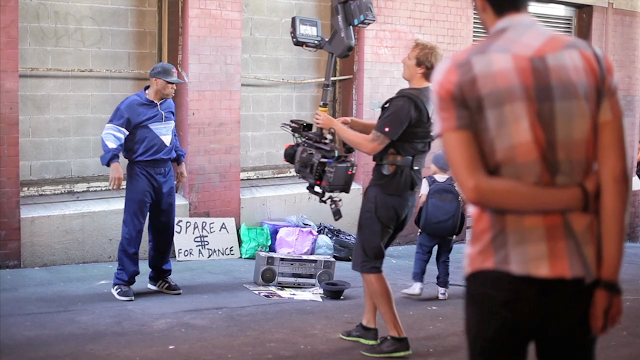 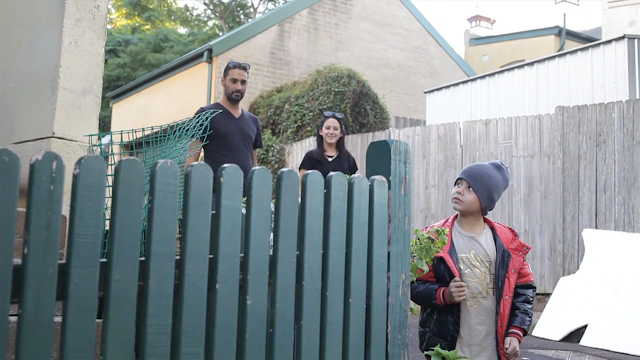 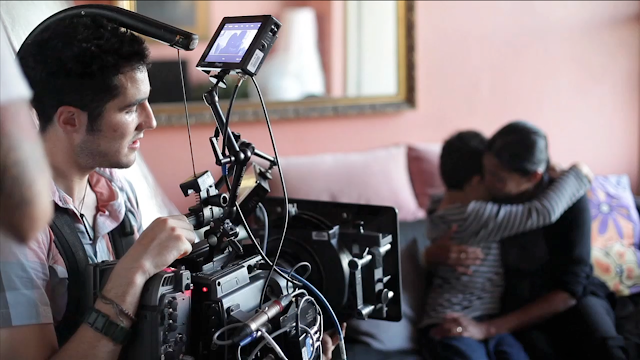