The treatment was definitely inspired by the track. As a first response, I put together a mood board to send to the artists. There were many ideas and techniques - all quite graphic in nature - including collage, double exposure, and mirroring and kaleidoscope. The last two of which featured very minimally in the mood board but ended up being the prominent technique - after a few tests it became apparent that the landscape we were dealing with didn't really overlay nicely with itself to create nice double exposure images. The extent of how much mirroring I ended up using was only really discovered in the edit.

I didn't initially intend for the clip to end up quite so "psychedelic" (in quotation marks because that is how it has been often described in subsequent reviews of the clip), I actually wanted a bit more of a nostalgic feel, hence the colour grade. But I think the final clip is much stronger and more tone-appropriate for the track - the mirroring together with slow-mo and a few composite VFX shots give it a modern feel too - reflecting the "past-conscious yet technologically forward" style of the artists.

It was actually a bit of a family affair. My girlfriend, and cinematographer, Tania Lambert is cousins with Anna Lunoe's partner - so, cousin-in-law? Haha, not sure of the correct nomenclature. I think my official title is the ‘weird cousin uncle’.

I'm a little loathe to answer this one. I will say that it was extremely small, everybody's time was donated. I always try to achieve something stylistically, and I only worked with such a small budget because it was for family. There really isn't much money in dance music to begin with, and these guys are so talented and committed that it would be a shame not to jump in.

To borrow Lars Von Trier's terminology, we approached them as obstructions, they aren't limitations, just obstacles. Along with the minimal budget, part of the brief was to feature Anna and Harley (Flume) in the clip, and that they didn't want narrative. This steers me toward a more design driven approach, and no budget means no real art direction, leaving camera and edit technique and most importantly location. Luckily for us Anna's family owns a property in Capertee in the Blue Mountains - complete with cabins to accommodate the crew and allowing us to have a two-day shoot.

My key creative collaborator on this was cinematographer Tania Lambert. The other crew members were sourced by Anna. Felicia Yong (make-up and hair) and they styled themselves with quite a bit of the fashion donated by Holly Golightly, Vanishing Elephant and Andeol.

Have you worked with them before?

Tania and I met at film school (AFTRS) in 07-08, and have worked a lot together since then. This was my first job for Anna and Flume.

What was the process you took in producing the video?

As mentioned above, it started with a mood board. After a round table meeting with myself, Tania, the artists and label, we all got a sense of everyone's aesthetic. This is really important because music videos are obviously very visually driven. After that we broke down the production elements and divided the tasks - everyone pitched in! Anna and her partner Marc handled the styling and location; Harley built his log synth prop (by the way how amazing is it?!) and also gathered as much leftover stuff from his dad's production company, including smoke bombs and flares; Tania and I gathered crew and all the production gear, as well as testing and experimenting our visual techniques.

When it came to production, the on-set vibe was one of experimentation. We spent the previous day scouting and found our base locations: riverside, hillside, forest, paddock. We blocked out how much time we'd spend at each place, partly determined by the sun's location. Tania and I had prepped a bunch of ideas along with one's Anna and Harley had, and on the day we just went for getting as many different frames as humanly possible. I really wanted to make sure that the edit continually evolved. I didn't want to keep cutting back to the same ol' setup over and over again.

The post process continued with the experimentation vibe. When you approach something with a visual technique, it's really important that you attempt to go as far as possible with the technique, almost to the point of breaking it and perverting it beyond anywhere you had expected. I only discovered this after my first rough cut (which actually felt like a second fine cut because I had spent so much time on just constructing all the compositions). After screening it, the main response was that it could go much further - it contained a few good ideas, but the mirroring and kaleidoscoping seemed only half-baked. This is when Tania advised me that, especially with a music video, you really need to take it as far as it can go, then pull it back if you have to. I was apprehensive because I thought it would come off as cheesy and unoriginal. But once I started recomposing the frames, animating the pan and scans, applying mirror effect over mirror effect, I discovered ways to make it original and new. It was a lot more work than I had intended, but looking back it was very much worth it.

It was a two-day shoot, and in total it was probably one and half months in the edit (worked in between paid gigs). There was a lot of experimenting when composing the kaleidoscope frames - and the success of each could only be judged after creating them, then rendering and previewing them. A very time-consuming process, especially because a lot of the time it just didn't look very good - sometimes I'd finish the day with only about 10 seconds I was happy with!

We shot on the Red Epic, kindly donated to us by our cinematographer friend Zoë White. A set of Zeiss compact primes were donated by Warren Day from Video Australasia (VA Hire). The compact primes and Epic allowed us to have a really light handheld rig so we could run through fields, chase butterflies, and just frolic in general.

For the techies out there - we shot at 4k at 8:1 compression for 25fps and 50fps, and at 2k 12:1 compression at 240fps. The Epic can go to 300fps, but after shooting Harley running through the river at 300fps I was quite unhappy with how much compression was visible, so we dialed it down and chose to only overcrank to 240fps after that.

Where did you shoot it?

On the Lunoe family's property Turon Gates in Capertee NSW. It's actually a massive property with log cabins and cottages, all available to rent for a bush hideaway retreat. Like how I included that plug there?

How involved were the band throughout the process?

The key to their understanding is acknowledging that since they can't give us much of a budget, they therefore let me take full control of the creative. They know they can't be prescriptive and I think that's what open us up to all the experimentation. Throughout the process I ran all my ideas past Anna and Harley, and they also had ideas of their own. It's really important to set up this rapport early on - it makes for really quick creative decisions on shoot day.

Since I'm extremely happy with the end result, I think it would be karmically fatal for me to propose something different. :) 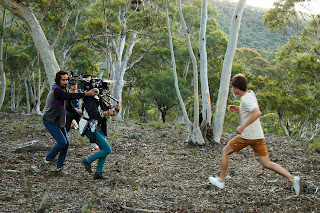 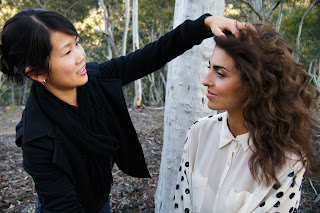 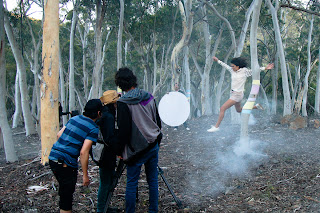 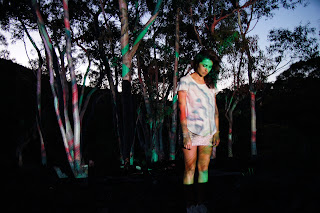 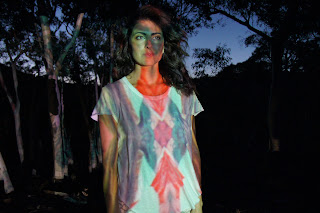 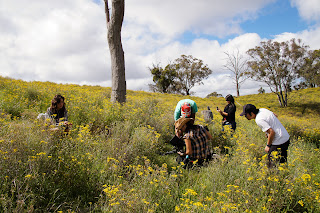 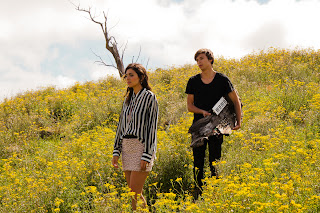 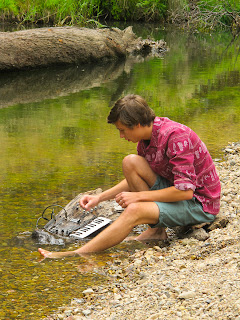 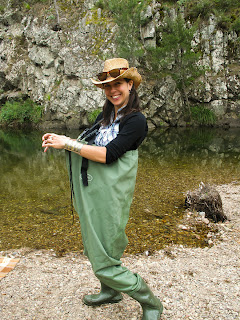 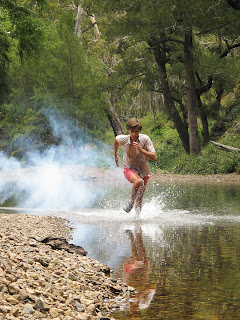 Melvin is currently a director at The Precinct Studios (theprecinct.net.au), Sydney, where he directs commercials and branded content. With a heart for truthful storytelling coupled with a background in motion graphics and VFX, he hopes to always create beautiful and emotionally compelling imagery.

Melvin is a 2008 graduate from AFTRS (Australian Film TV Radio School) and both his student shorts, ‘Rope Burn’ and ‘Cupid’, have each screened at 20+ film festivals each both here in Australia and internationally. ‘Cupid’ (cupidfilm.com) has been officially selected for fests including USA festivals Palm Springs International Film Festival, Cleveland IFF, Sedona IFF, Reel Shorts Film Festival in Canada, Short Shorts in Japan, Raindance in London, and Dungog here in Aus. It also won Best Editing at Hatchfest USA 2009.
He is currently working on several music video projects, an action-comedy TV series in development, and a short film about an alcoholic time-traveller.