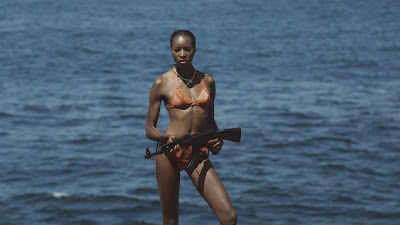 
Q. What inspired you on your idea for the video?


I think it was the track itself and re-watching Boogie Nights around the same time that sort of made me want to shoot a video like Foreign Language.

Q. What were the limitations you faced with the production?
The main challenge was the budget, $6,000 can sound like a lot of money but in film just to hire equipment for 3 days can cost you around $4,000.
Foreign Language was the sort of project where everything should have gone wrong. We had a small budget, small crew, bad weather, multiple locations, a period piece (70's), extras and so many absurd ideas but then again we had extra luck… an epic cast and track.

Q. Who were your key collaborators?
Our key crew/production team was made up of 4 people so the line between roles sort of disappeared.
Laura Gorun managed to pull some amazing deals as a producer, she also stars on the film and worked in all areas (ideas, wardrobe, cast, cinematography, art direction).
Dominque Bassil produced and worked on the art direction
Toa Daguet was the producer and shot some of the second unit imagery.
We had a great team of make up artists from Jane Cameron Make up Academy.
Katy Clucas coordinated the make up and hair team.

Q. What was the process you took to producing the video?
We made a couple of location test shoots around Tamarama Beach.
For wardrobe we will all strolled through different vintage shops and looked for 70's clothes, by the end we could all tell the decade that something was made.
We waited patiently for the right weather. We had to reschedule the shoot three times because we kept getting rainy days.

Q. What was the turnaround?
We shot it all 3 days and then we had an extra day for pickups, however because we had to reschedule the shoot so many times due to the weather, the turnaround was almost 2 ½ months from concept until final cut.

Q. What did you shoot on? What lenses did you use?
We shot on a Red One and got hold of some old Zeiss lenses that were very popular in the 70's.

Q. Where did you shoot it? There are some great locations in the video, are they all in Sydney?
It's all Sydney, however because Sydney was having such a bad weather patch at the time, we had to drive overnight to Byron Bay to get some extra footage as the weather was better up there at the time.

Q. Did you shoot the aerial footage also?
I did, and it was a lot of fun... we just left the helicopter side door open and I hand held the camera…
I remember the pilot saying at the very beginning while taking off "make sure nothing drops out of the helicopter because the propellers might suck it in and it might give us problems". My inner paranoid schizophrenic started flashing images of all the possible scenarios of how the helicopter could go down.

Q. Tell us a bit more about the helicopter shoot. Sounds like it was pretty 'loose'. Who did you use? Where they pretty helpful? How much flight time did you have?
We had schedule to shoot a few pickups and the helicopter sequences in Sydney, but then it rained… We had already hired the camera and lenses so we had to find a helicopter, good weather and a cool location. The closest place was Byron Bay, so we got in a car and drove all night.
The helicopter sequences were shot in the morning, we had around 45 minutes, we took two lenses and the Red One camera and jumped in the helicopter. I wanted faster, lower shots but unfortunately the helicopter wasn't one that could do that sort of thing.
At the end it was all real fun, we had a night road trip (from Sydney to Byron), we then jumped in a helicopter with no door and shot handheld, had breakfast, drove around Byron got some extra shots and then had a good swim.
We packed the equipment drove back home to Sydney around 6:00 PM, Laura was sick, Dominique drove all the way non stop and Toa kept saying with his French accent "this experience was summthang (something) sooo special moon (man)"

Q. That speedboat looked pretty special, where did you find it?
Laura approached Premier Marine with a proposal explaining the project, Lee Poulson at Premier Marine like the project and jumped onboard. Premier Marine provided the boats they were very helpful. They were great.
Merivale was just as helpful they helped us out with the pool and other locations.

Q. Did you have shooting permits for all your locations or was it all on the fly?
Mainly no permits for the public areas, I love shooting with no permits, I highly recommend it.
It makes you think faster and to be spontaneous and work with what you've got.
Then again it depends on the project, you don't want to blow a day of work because you didn't get a permit, but whenever possible do so, your days will finish way earlier and there isn't better feeling than jumping slow bureaucracies.

Q. Did you cast this yourself? Its a great cast, who are they?
Yes!!!!! I agree… The cast is great!
On the day some of the stuff the actors were improvising was very intriguing and funny. Lizzi Leighton-Clark at Priscillas Management helped us cast the girls and some other cast we approached directly on the streets.
I love approaching people on the street it sort of makes people uncomfortable… and for some reason I love odd uncomfortable moments.
Dick Von Lockley is a German actor and as far as what I've seen a very sinister filmmaker. Hilton Dennis is a very talented dancer. Annaliese Treharne is a model, and up and coming actress. Laura Gorun is a filmmaker & photographer, Nik forster is a theatre director /actor.

Q. Do you feel that the client understands the production process? How involved were the band and label throughout the process?
Flight Facilities are the easiest band I've work with, they let us do whatever we thought was right for the clip and every now and then they will send their ideas and thoughts without imposing anything.

Q. With all the bad weather delaying the shoot, did this delay the overall release of the single at all?
It didn't, Flight Facilities released the single a week or two before we met for the first time. I wish we would have had better weather so the clip could have come out around October as it was planned.

Q. If you had a chance to approach it again, what would you do differently?
I would try to record some dialogue, or have a sound person on stand by. 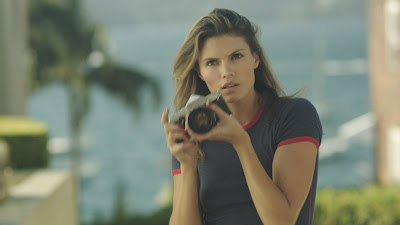 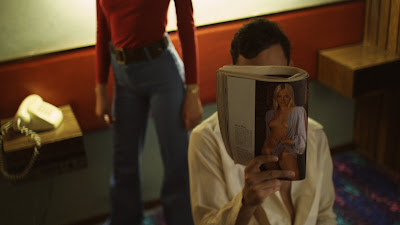 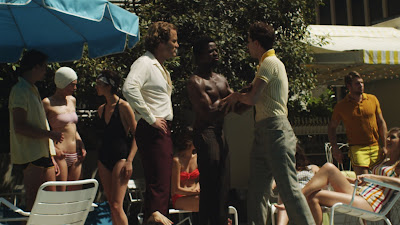 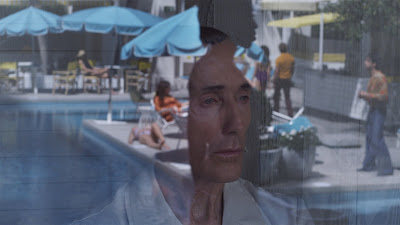