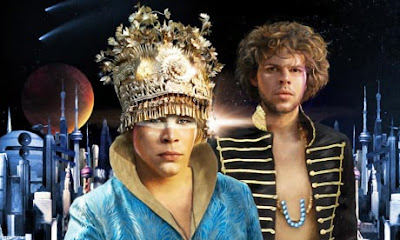 Josh Logue is an award wining graphic designer and director who has created and produced work for both international and local clients through his own design company Mathematics.

The company has worked on a wide range of projects with big names in the Music Industry including Warner Bros. Records US, Capitol Records US, Sony US and UK.

Josh creatively directed and designed the video walls and live visuals for Empire of the Sun’s performances for all of their international tours in 2010/2011.

Artist: Empire of the Sun

Video: Walking on a dream

Video: We are the people

Q. How were you approached for the job? Did you already have a relationship with the group?

The band's manager and label EMI approached me about pitching on the first music video 'Walking on a Dream'. I did have a relationship with Luke Steele having worked with him on some design and web stuff for his other band The Sleepy Jackson.

Q. They certainly set themselves a particular visual style. Were you involved in shaping that style at all?

Yes. Fortunately they brought me in early to develop ideas with them from the start. It was an amazing, organic process, starting with their references ending up with what appears in the clips, then photos and artwork. From the beginning I was interested in taking them out of the usual Australian location and placing them in a foreign location...giving them an international feel.

Q. The individual styles of Luke and Nick are both quite different. Luke's is elaborate and alien where Nicks seems bare and earthy. Did they have these personas already created before you got involved?

Yeah...kinda. These style portrayed definitely represent their own personal styles. We just pushed them for the videos.

Q. Where you always going to direct a number of videos for them?

I'm not sure the label fully thought we could actually get the band to China and make a clip, so after we did and it was a success everyone trusted us with the other clips and the band visual direction. 'We are the People’ is my favourite...it encompasses everything I wanted to do with locations, costumes performance etc. It should be said, I didn't direct the last video for 'half mast'.

Q. What inspired you on your idea for each video?

We had a solid reference base with stuff like the works of Alejandro Jodorowsky and in particular ' The Holy Mountain' to '2001 a Space Odyssey'. I had my own set of visual references, shooting styles etc.

Q. What was the budget on each video?

ummmmm....cant' tell you that. From a little to ok

Q. What were the limitations you faced with the productions?

Shooting in different countries brought many limitations from crew through to the language barrier. We also had to shoot a lot of footage quickly. That isn't new to music videos, but I wanted to make sure each clip felt epic, like cut downs of larger movies...so we need a lot of scenes, locations, set ups etc. Also wanted to justify in the videos the actual travel.

My usual DOP is Simon Ozolins and he has worked on all the Empire stuff we have created. I styled and art directed 'walking on a dream' but after that we brought in the stylist Andrea Cainero who has since stayed on working with the band on their live shows.

Q. Had you worked with your key crew before?

Key crew yes...the rest no. We picked up different crew in each city. Also - we virtually had no crew. Although the clips look big they are essentially a DOP, me holding a ring light or reflector and if we are lucky a focus puller.

Q. Do you have a particular process when you approach a production?

I have some particular ways of working but each job is different so ultimately the pre-productions become unique to the job.

For 'walking on a dream’ we had 3 weeks from travel, shoot to deliver. The other clips varied from 2 weeks to 2 months.

Extremely involved. Brett Morgan from the label travelled with us and was awesome. He scored great coke in each city...jokes. No, the label was great, very supportive of us, and the band.

Q. Did you edit them on the road?

No way man.... I was fucked at night. The edit started back home.

Q. What were the countries you shot in?

Walking on a Dream - China

We are the People - Mexico

Q. Did you have any permits for shooting, or was it all on the fly?

Q. Were there any major dramas you faced while on the road?

Not as many as I thought there would be. For the most part all shoots went smoothly. There was a situation in Mexico where we had to pay off corrupt cops that pulled us over. But that was handled with a quick bribe.

Probably, but then no. That's hard to answer. I feel I'm a better director now and would make better videos. That said, we did crazy things on those shoots because of our naivety that we could never attempt now. 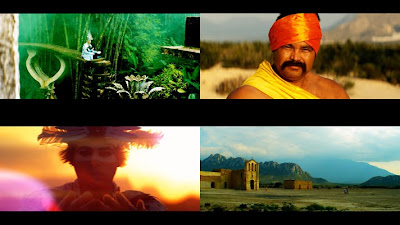