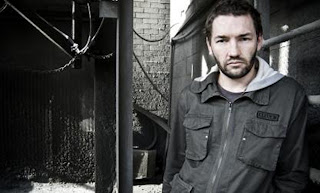 Nash Edgerton is a true multi-hyphenate. After getting his break at 18 years old as a stunt performer, he has gone on to establish himself as an actor, stunt performer, editor, producer, writer and director of indisputable talent.

Nash's new Short BEAR is selected for In Competition at Cannes this year. You can see many other short films he has produced at www.bluetoungefilms.com

Usually my ideas come from listening to the song over and over and images start to form in my head. Essentially to me this is a love song so i wanted to do something that reflected that, and then the line in this song "and we're caught up in the crossfire" steered me towards giving it a little something extra, which eventually led to kidnapping ninjas.

I was approached by Charlize's producing partner Beth Kono to see if I was interested in shooting a music video that Charlize was going to be involved in. They were both fans of my short film SPIDER.

Due to the relatively low budget for what we were trying to do we only had one day to shoot it - and it was a lot to shoot in one day. Especially as special fx and stunts always take a decent amount of time to reset. And we had some in practically every set up.

Morgan Susser was the Cinematographer.

Rob Alonzo was the Stunt Coordinator.

Karen Baird was the Costume Designer.

Jennifer Davis was the Production Designer.

Andy Bate at the The Mill was the Visual FX Artist and Make Up Artist was: Tami Lane

* all of whom I'd worked with before on other projects

Q. Were they’re any other Australians working on the shoot?

Yes Jen the production designer is an Australian living in LA.

Q. What was the process you took for producing the video?

Once the idea was approved we set about finding locations that suited. We then worked out what rescue scenarios we could achieve in the time and budget in the locations we found. Then I went to the location prior to the shoot with the stunt team, my cinematographer and a couple of friends and pre-vis'd the video - basically made video storyboards of what the video was going to become so that when we did the actual shoot we could be as efficient as possible.

From pre-production to delivery it was about 4 weeks. Then the video was released a few weeks after that.

Q. Do you feel that the client understands the production process and or appreciates the work involved?

It's all about delivering what you say you can deliver. Which is always a challenge no matter how big or small the idea is. But ultimately you know the limitations in regards to budget and time when you take the job on - so whether the client understands or appreciates the work involved is kind of irrelevant. If you say yes to the job and that you can do it, then it's up to you and your team to pull it off. Hopefully at the end of the day both you and the client are happy with the end result. Which in this case i believe all were.

In an ideal world if I could have had 2 days to shoot it that would have made my life a little easier. But at the same time the challenge adds a level of excitement to it too.

Originally I also wanted to have him tied to train tracks and trapped in a burning building. But logistically it just wasn't going to be possible to fit that into the time and budget.

You can see the making of video here: